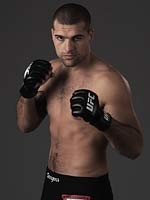 If the Lyoto Machida-Shogun Rua fight at UFC 104 had gone the way everyone expected -- Machida handily defeating Shogun to retain his title -- the UFC would have faced a quandary with its light heavyweight division. Machida would be perceived as so dominant that there wouldn't be any particularly interesting fights for him, and the stacked UFC light heavyweight division might have started to feel a little stale.

That's why Machida's controversial unanimous decision victory on Saturday night was a great thing for the UFC: It sets up a Rua-Machida rematch that will be a bigger fight than the first one, and it buys time for the UFC to re-establish some of its other light heavyweights as contenders to take on the Rua-Machida 2 winner.

In particular, three upcoming light heavyweight fights just got a lot more relevant:
Randy Couture vs. Brandon Vera at UFC 105: From what I've heard, the UFC's tentative plan heading into Saturday night was to give Couture the next shot at Machida if he were to beat Vera. But while a Couture-Machida fight would obviously be a big one, it wouldn't make a lot of sense from a competitive standpoint: Does Couture, who hasn't won a fight in more than two years and hasn't won a light heavyweight fight in more than four years, really deserve a light heavyweight title shot just because he beats Vera?

Now the UFC can give Couture a couple of light heavyweight fights before handing him a title shot. And if Vera beats Couture in three weeks on Spike TV, he might just be another win away from a title shot as well. Perhaps the winner of Vera-Couture will take on the winner of...

Forrest Griffin vs. Tito Ortiz at UFC 106: Griffin is the former light heavyweight champion, but after being beaten by Rashad Evans and destroyed by Anderson Silva, he had fallen a long, long way out of title contention. But Shogun changed that on Saturday night: Griffin's dominant win over Shogun from two years ago looks a lot more impressive now that Shogun went toe-to-toe with Machida for five rounds. If Griffin beats Ortiz and Shogun beats Machida in the rematch, I wouldn't be at all surprised if we get Griffin-Shogun 2 for the UFC light heavyweight title in 2010.

Ortiz, meanwhile, can make a major statement that he's back if he beats Griffin. And while Machida dominated Ortiz in their UFC 84 fight last year, it's not unreasonable to think Ortiz could earn another shot at Machida with a couple of high-quality wins. Ortiz won't earn a title shot just by beating Griffin, but if he beats Griffin I think his next fight would probably be a No. 1 contender bout against either the Couture-Vera winner or the winner of ...

Rashad Evans vs. Thiago Silva at UFC 108: Evans and Silva are two of the best light heavyweights in the world, but both of them were knocked out by Machida this year, meaning they probably weren't going to get another title shot as long as Machida was looking like an invincible champion.

Now, however, the Evans-Silva winner can get right back into title contention, especially if Shogun beats Machida in the rematch. Evans-Silva got a lot more interesting on Saturday night.

And finally, there's Anderson Silva. Whether he wins or loses his upcoming middleweight title defense against Vitor Belfort, Silva should fight for the light heavyweight title before his UFC career is over. Silva says he'll never fight Machida, but if Shogun were to beat Machida, a Shogun-Silva fight would be huge.

As much as everyone is complaining this morning about last night's decision, the controversial ending of UFC 104 made the light heavyweight division more interesting. We'll all have a great time seeing how it plays out.