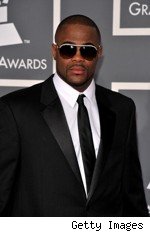 The current season of The Ultimate Fighter was intended to serve largely as a means of hyping a big fight between the two coaches, Rashad Evans and Rampage Jackson. As it turned out, no such fight is set to happen any time soon, as Jackson abruptly left the UFC to pursue an acting career.

Given what has transpired since The Ultimate Fighter was filmed, it's especially interesting to see the way Rashad and Rampage talk trash toward each other in the seventh episode of Season 10, which will air on Spike TV on Wednesday: Rashad told Rampage he'd make him quit fighting.

"I'm gonna make you quit," Evans said to Jackson. "You're gonna quit in the fight. Because that's what you do. You quit."


Evans was suggesting that Jackson would quit after their fight, but instead Jackson quit before. Either way, Evans comes across as prophetic.