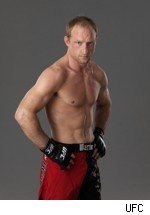 Both welterweights are coming off a loss last month and have jumped at the opportunity for a quick return to get back on the winning track.

They will meet on the undercard of a stacked lineup that is being highlighted by Brock Lesnar vs. Shane Carwin and Tito Ortiz vs. Forrest Griffin.

Larson (26-3) out of Brainerd, Minn. was recently upset by UFC newcomer Mike Pierce at UFC Fight Night 19 by unanimous decision, ending a five-fight win streak. Larson had previously only lost to top 10 ranked fighters in Jon Fitch and Carlos Condit.

Foster (12-4) lost his UFC debut against Rick Story at UFC 103 by arm-triangle submission but came away with a performance impressive enough to earn him the Fight of the Night honor with Story.