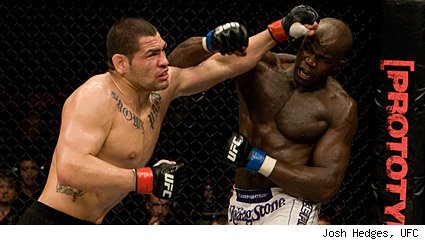 The UFC always does a good job of using YouTube to promote its fighters, but I particularly like what they're doing with undefeated heavyweight Cain Velasquez, who takes on Ben Rothwell on October 24 at UFC 104. Video below.