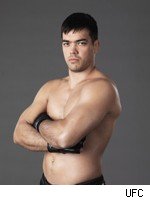 Lyoto Machida says one of the great pleasures of being the UFC light heavyweight champion is his position to represent traditional martial arts.

"I feel that not only have I been out there promoting my style of Karate, but just promoting the traditional martial arts, and it makes me very happy," Machida said Thursday through a translator on a media call to discuss his UFC 104 fight against Mauricio "Shogun" Rua on Oct. 24.

Traditional martial arts has been widely considered in the MMA circles as ineffective inside the cage, but Machida has long been touting Karate as his base which has created advantages for him in speed, timing and distance. His stance frustrates his opponents who are not accustomed to facing someone in positions and movements not typically seen in the boxing and kickboxing-dominated striking world of MMA.

Machida's success has influenced other fighters to take up Karate. Vitor Belfort began studying Shotokan Karate during his training for his UFC 103 fight against Rich Franklin and was recently promoted from a white belt to a blue.

Machida, a 3rd-dan Shotokan black belt, represents Machida Karate, an off-shoot of Shotokan that his father Yoshizo Machida developed when he moved from Japan to Brazil and found himself at 5-foot-6, shorter than the majority of his opponents. His father based everything on foot movement to complement his comparatively short stature.

Machida explained during the call that the difference between Machida Karate and Shotokan Karate is that the Karate most people have been used to watching is sport Karate. Machida implements strikes like knees and elbows that were taught in ancient Karate but were eliminated from sport Karate.

Of course, to be a complete mixed martial artist, Machida also fuses in his sumo and Brazilian Jiu-Jitsu training as a teen. At the end of the day, Machida's dedication towards fine-tuning his style of Karate accomplishes more than just showcasing his father's art.

"It also keeps me very focus on improving and I keep sharpening my skills to keep representing the traditional martial arts world in a way that can make everybody very proud," Machida said.