Jared Shaw Discusses His Past, Present And Future in Mixed Martial Arts 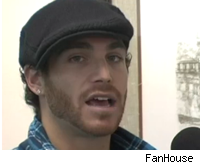 The anniversary of EliteXC's final major show (Oct. 4, 2008) came and went last week with little fanfare. Perhaps that has to do with the fact that most of the organization's top employees and fighters have moved on to the UFC or Strikeforce, and the latter promotion has essentially picked up right where Pro Elite left off on Showtime and CBS.

But one former employee who has not found a new home in MMA is Jared Shaw. The former vice president of EliteXC had a tumultuous run in MMA, and now finds himself on the outside looking in. FanHouse spoke to Shaw late last week about why he isn't still involved with the sport and what it's like watching some of the stars he helped create find success with other organizations. The full video interview is below.