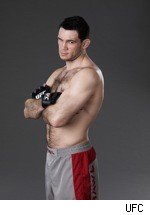 It's safe to say that Forrest Griffin will have a job in the UFC for the remainder of his MMA career. The fighter who is largely credited for resurrecting the promotion as a result of his April 2005 fight against Stephan Bonnar on Spike TV should expect nothing less.

However, that doesn't mean Griffin, who is scheduled to face Anderson Silva at UFC 101 next month, is happy to see organizations like Affliction cease promoting events. In fact, the former UFC light heavyweight champion told FanHouse on Saturday that the demise of Affliction Entertainment really hit close to home.

"The Affliction thing kind of does affect me personally a little bit [because] there were four guys training out of Xtreme Couture that were fighting on that card," Griffin said. "You know, a guy I work with a lot, Shawn Tompkins, basically was going to get money back-end from four guys who were fighting, and you know, it really hurts them. He's been training guys for six and eight weeks. I don't know. It just sucks that they went under the way they did. Now those guys don't get paid. You know, it's rough.

Griffin also wondered out loud if a UFC-dominated MMA world would ultimately be a good thing for his fellow fighters.

"Does the UFC want everybody? Is there room for all of us under the umbrella of the UFC?

The rest of my interview with Forrest Griffin will be posted later this week on MMA FanHouse.