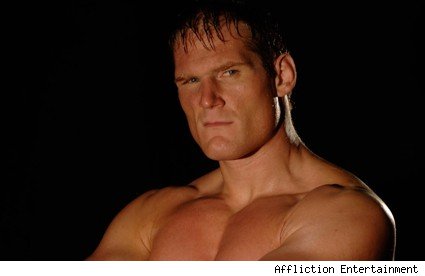 Our latest MMA twitter mailbag is, of course, heavy on questions about Josh Barnett, whose positive drug test has caused his fight with Fedor Emelianenko at Affliction Trilogy to be called off.

SwamiG8R: Ask if the latest 'steroid' setback affects Fedor or pushes him closer to the UFC
This was one of several great tweets I got suggesting questions to ask at the Affliction: Trilogy conference call, and unfortunately I couldn't ask all of them. My own opinion is that this makes it more likely that Fedor will end up in the UFC. Say what you will about the UFC, but Fedor knows that Dana White and Co. will be able to put him in big fights against good opponents. If Fedor's opponent in a UFC fight dropped out, he'd quickly be replaced with another good opponent. Other promotions can't promise him that.

WatchKalibRun: What was the volume of the drug (in micrograms or nanograms)? Please get the actual drug he tested positive for. What if the B-sample comes back negative, will the CSAC still deny a license?
All good tweets from the proprietor of a good MMA web site. At the time, we did not know any specifics of Barnett's drug test result, other than the A sample was positive for a banned substance.

UPDATE: After some initial confusion, the California State Athletic Commission released this statement, and Watch Kalib Run had the report that Barnett tested positive for Drostanolone. If the B sample comes back negative, it is at least theoretically possible that Barnett could still fight Fedor on August 1, but my sense is no one involved expects that.

OrangeChuck: If StrikeForce and Affliction want to share, what about Grim Rogers against Fedor?
Brett Rogers vs. Fedor is probably the fight I'd most like to see. I hope Affliction and Strikeforce can make it work. Not that I think Rogers is really ready for an opponent of Fedor's caliber, but he would have the proverbial puncher's chance.

UnfilteredMMA: The real question is how much will they have to pay a last minute replacement?
I actually don't think money will be an issue for most of the potential opponents they're talking about: Rogers, Vitor Belfort, Fabricio Werdum and Ricardo Arona would all probably take the Fedor fight for less money than Barnett was going to get paid, just for the opportunity to fight the heavyweight champion of the world. I think the only potential opponent who might hold out for more money is Bobby Lashley. He can drive a harder bargain because his wrestling fame gives him more leverage.

yestomhughesyes: Ask Tom Atencio if he will take one for his company, man up and fight Fedor!!
Good one. Atencio is a fighter himself but I think you'll see Dana White fight Brock Lesnar before you see Atencio vs. Fedor.

CRM_alumnigonzo: I've been screaming for a Fedor-TBA match up for years. Finally, the people get what they wanted.
TBA is one of the toughest opponents around.