Andrei Arlovski Learned From Fedor: 'Don't Rush ... I Did Something Stupid' 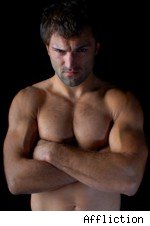 Andrei Arlovski was beating Fedor Emelianenko through the first three minutes of their fight in January at Affliction: Day of Reckoning. But after three minutes and 14 seconds, Arlovski was unconscious on the canvas, having tried a wild flying knee that landed his face on the business end of Fedor's fist.

So as Arlovski prepares for his first fight since facing Fedor, against Brett Rogers on the June 6 Strikeforce card, he says he has learned a very simple and very valuable lesson about the importance of patience in MMA.

"Don't rush," Arlovski said when asked on HDNet's Inside MMA what he has learned from losing to Fedor. "Every time I've had a very important fight for me I did something stupid and paid for it. So I have to be more patient and focused."

That's an awfully good lesson for Arlovski to learn, and his failure to learn that lesson until after losing to Fedor is likely to haunt him for a long time. After controlling the pace of the fight with his solid boxing skills, it was crazy of Arlovski to try that flying knee.

But for as badly as his last fight ended, Arlovski has to be considered a heavy favorite against the inexperienced Rogers. And I don't think we'll see any flying knees.