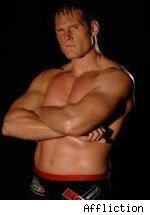 It's taken years for Josh Barnett and Fedor Emelianenko to agree to fight, but come August 1, arguably two of the best heavyweights in MMA will finally square off at Affliction 3. One of the reasons why some people think this bout has never happened is due to the fact that Barnett and Emelianenko are actually friends.

In January, Barnett told FanHouse's Michael David Smith that should the opportunity to fight Emelianenko present itself, he would have no problem putting his friendship aside.

"When we were in Japan we spent time together, we'd go out and have dinner and hang out together, we'd wish each other happy birthdays, and do the stuff that regular friends do," Barnett said. "We understand in this sport, of course, people will develop friendships. But at the same time, in our business, you'll fight, and we're OK with that. ... I just make sure I'm in good shape to fight whoever's in front of me. If I were to fight Fedor I think it'd be a great match and I don't think there'd be any problem."

However, Frank Mir, the current UFC interim heavyweight champion, told fans during a question-and-answer session at a UFC Fight Club gathering on Friday at the MGM Grand Garden Arena that he doesn't buy the fact that their friendship is the reason behind why this fight was never made.

"I think Fedor is No. 1 for a reason," Mir said. "I think I would have to slide towards him for the fight. Especially since Josh has made some statements where it's like, 'Yeah, we're friends and I don't want to fight him. I'm like, 'Dude, he doesn't speak English and you don't speak Russian. How good of friends could you possibly be?'"

In October, Barnett declined the opportunity to fight Fedor, implying that he wasn't satisfied with the terms of the contract. Apparently -- cross your fingers -- everything has been resolved this time around.