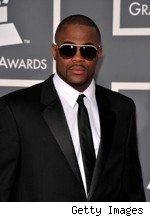 Based on what we've seen from UFC light heavyweight champion Rashad Evans and No. 1 contender Lyoto Machida during their MMA careers, you'd think that when they fight Saturday night at UFC 98, Evans would be the more active fighter, while Machida would be looking to counter Evans.

But as we get closer to fight time, there are indications out of both camps that the fighters will actually take the exact opposite approach, with Machida's camp saying that he's consciously trying to shake his reputation as a boring fighter, and Evans' camp saying they want to force Machida to push the pace.

Evans, meanwhile, sounds like he's going into this fight with a specific game plan not to fall into the trap of doing exactly what Machida wants him to do. Here's what Evans' striking coach, Mike Winkeljohn, told Sherdog:

"[The] plan is to have Rashad not be there when Machida wants to counter. We are going to counter the counter or make Machida come at Rashad. ...

"I told Rashad if the crowd starts booing, that's a good thing; we have the right gameplan."

I wouldn't really say it's a good thing for the paying customers to boo, but I think Winkeljohn has the right idea: Evans shouldn't feel the need to press the action, and he shouldn't get frustrated if he loses the first couple of rounds, just as he didn't get frustrated when he lost the first two rounds to Forrest Griffin. He just bided his time until he got an opportunity, and he won the fight in the third.

I expect this fight to be a fascinating clash of styles, and part of my fascination is that I think both fighters will adapt their styles for this particular fight. Nothing about that is boring.