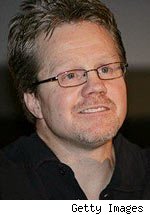 Long known as one of the top boxing trainers in the world, Freddie Roach has recently taken an interest in mixed martial arts, working with fighters including Andrei Arlovski, Anderson Silva, BJ Penn, Tito Ortiz and Rameau Thierry Sokoudjou. Many people in the boxing world look down on MMA, but when I interviewed Roach this week, he told me he embraces it.

"I don't think MMA is going to take boxing over or anything like that," Roach said. "I think the sports complement each other, actually."

In the interview below, Roach talks about the fighters he's worked with and whether he thinks it's realistic that Silva might some day put on the boxing gloves and step into the ring with Roy Jones. The interview is below.

Michael David Smith: How many MMA fighters are you working with?
Freddie Roach: As you know, I train Andrei Arlovski, and he'll be fighting his first professional boxing match on June 27. I've also worked with Anderson Silva, I've worked with B.J. Penn in the past. Right now Andrei is my main MMA fighter, but he's crossed over into the boxing world.

What are you expecting for Andrei's boxing debut?
I'm looking forward to it. He's working very well. After the Fedor fight he was real disappointed in his decision to try the flying knee from too far away, but he was back in the gym two days later. He's improving himself. He and Michael Moorer are working together quite a bit. Michael is teaching him how to sit down in his punches. A lot of the MMA guys don't sit down in their punches because they have to be a little lighter on their feet for the kicking aspect of that sport. We're teaching him to sit down and use his power much more effectively. He looks pretty good.

How good can Andrei be in boxing? Is he talented enough that some day he could challenge one of the Klitschko brothers, or is that not realistic?
I'd like to say yes, but that's probably too premature right now. He's a talented guy. He's sparred in my gym with Juan Carlos Gomez, who's a slick southpaw and just lost to (Vitali) Klitschko. He spars with the best guys I can get for him over here and he holds his own with them. I'd like to see him after his first pro fight and I think we'll have a better outlook for him at that point.

Do you think Andrei will be going back and forth between boxing and MMA, or is boxing more of his future?
He likes to box so much more than MMA. He likes the stand-up game. If boxing takes off for him I think he'll stay, but obviously if he gets a world title fight in MMA he probably would not turn that down. I think we'll know quickly, though. We're not going to baby him and give him 20 tune-up fights. We're going to lay it all on the line. My final goal would be to fight (Nikolay) Valuev of course, he's a champion, and maybe one day a Klitschko. I used to train Wladimir Klitschko. He's a good friend of mine and I think he's the best heavyweight in the world today, but the division is not that strong now.

Anderson Silva, he comes to my gym and he wants to fight Roy Jones. He has four pro fights in Brazil but I don't think he's quite ready for Roy Jones yet. But he does have a lot of potential. He's a very good athlete.

Do you think it's possible that Anderson Silva some day could compete with a Roy Jones, or is that not just realistic? I mean, Roy Jones is past his prime, but he's still a guy who has been boxing at the elite level for two decades. Is it realistic for Silva to think he could compete with a Roy Jones?
I worked with Anderson, and I told him, "To fight Roy Jones, you're going to have to make some adjustments." Because he does make some fundamental mistakes. But when I show him the adjustments, he does pick it up very quickly. He's a very good athlete. I'd say the Roy Jones 10 years ago, that would never happen. But the Roy Jones today? Possibly. He definitely needs some work, though.

Should more MMA fighters do what Anderson Silva and Andrei Arlovski have done, go to a boxing trainer like you and say, "Teach me what you know"?
Well, you see a lot of these MMA guys, they slap, they don't punch, frankly. And I'm the kind of person, if someone asks me to improve their fighting skills, I'm going to help them. B.J. Penn has been in here before, so has Sokoudjou. Tito Ortiz, when he finishes rehabbing his back injury, he's going to train with me for his next fight. I help out whoever I can. And if MMA fighters really want to learn how to use their hands, they need to go to someone who really knows how to use their hands. We get a lot of calls from MMA guys, and if I can help them I will.

Could boxing training be at all detrimental to an MMA fighter? I think a standard boxing stance probably leaves a fighter susceptible to leg kicks and takedowns in MMA.
Well, I just teach them boxing. I've gotten to know Andrei really well, and I ask him: What is realistic for your sport? If I show him something, I ask him to take into consideration the kicking aspects and the takedown aspects of the game. I've learned a whole lot about MMA from him. One thing is, boxers are much more comfortable close to each other than MMA fighters. MMA fighters need more distance because of the kicking.

So it is a little bit different and I'm learning more about it. I'm still basically a boxing guy. I wrestled in high school, but that's as far as I go -- I'm really not that good with the ground game. I know there's a science to it, but I think the ground game is a little bit boring. After a while if it's boring on the ground they'll break them up and get them back to their feet, because that's where more of the excitement is. I think a knockout is much more exciting than a choke out.

Did you watch Anderson Silva's fight at UFC 97?
Yeah.

What did you think?
Well, you know, it was OK. I was really excited about the Penn fight when Penn fought Georges St Pierre because I like Penn, I trained him for a while and he's a friend of mine. I thought he was ready for that fight but GSP was just too big and too much for him. But Silva's fight, I thought it was going to be more exciting. ... A good fight is fun to watch and a boring one is not. Sometimes you see good fights and sometimes you see ones that are just OK. It's true in both sports, styles make fights, and MMA is a younger sport, and for matchmakers to put the right styles together is still difficult, but I think it's going to get better as it progresses.

The second part of my interview with Roach, which focuses on the upcoming Manny Pacquiao-Ricky Hatton fight, will appear at FanHouse on Friday.