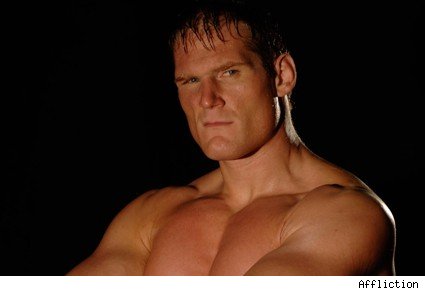 Her victory at Saturday's Strikeforce show is behind her and a superfight with Gina Carano is ahead of her, but Cristiane "Cris Cyborg" Santos isn't done being trashed in the MMA community for her failure to make weight the day before her victory over Hitomi Akano.

Josh Barnett, who was in Akano's corner Saturday night, posted a message on his MySpace page in which he bashes Cyborg for her "menstrual cycle excuse" and for having "no intention of making weight." He then goes on:

Her victory is hollow and her turning a blind eye to her lack of professionalism is deplorable. Never once was an apology uttered. Never once did I see one act of accountability. I don't know how to say it in Portuguese but, Cyborg is deserving of no respect and no praise. If you were ever a fan, I'd find someone of better character and better heart.

Obviously, Barnett is completely right. Cyborg made herself and her sport look bad, and I assume that everyone who paid attention to last weekend's events has lost respect for her. And it's utterly absurd for Cyborg to blame her menstrual cycle for failing to make weight. In my time as a sports writer I've written about female MMA fighters, female boxers, female wrestlers and female weightlifters, all of whom have to make weight. I've never once heard any of them blame their menstrual cycles for missing weight.

And, although Barnett doesn't seem to hold any of this against Strikeforce, I think the promotion itself does deserve some criticism for putting the fight on in the first place. We've come a long way in MMA from the days when there were no weight classes, and farces like the Cyborg-Akano fight take us in the wrong direction. Cyborg deserves the bulk of the blame here, but let's not let the promotion or the California State Athletic Commission completely off the hook either. The only person involved in that fight who comes out looking good is Hitomi Akano.

For more on this story, check FightOpinion.com.