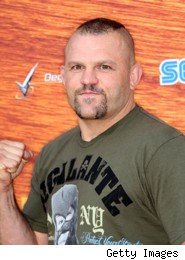 If Mauricio "Shogun" Rua and Chuck Liddell are both at their best on April 18 at UFC 97, then MMA fans are in for a treat, because Rua and Liddell are two of the top light heavyweights in the history of the sport. But will they both be at their best?

Liddell has gone 1-3 in the last two years after winning seven fights in a row before that. Rua went from winning five fights in one year to going almost two years between victories. That doesn't bode well.

But Rua says he's in shape, and he expects The Iceman to be at the top of his game as well.

"My take on Liddell is he's a great fighter with great skills," Rua said on a call to promote UFC 97. "I love fighting tough fighters. That's what motivates me, facing the best possible Chuck Liddell."

Rua also said the pressure to show that he's not washed up at age 27 will have him fighting hard.

"I consider my career a very good career, but I had two knee surgeries in a row," Rua said. "Now I consider myself 100% healed and hopefully this will be the next great stage of my career, starting on April 18. ... There's a great amount of pressure, but that doesn't work against me. If anything it motivates me. I don't see the pressure in a bad way, I see it as motivating me. I'm very focused on this fight."

Rua also addressed his January victory over Mark Coleman, which won the Fight of the Night award at UFC 93 but has been criticized by many fans as featuring a pair of once-great fighters who looked like they were out of shape.

"The victory over Coleman was very important in keeping me moving forward," Rua said. "I only stopped for one week after that fight and then I began training camp for my next fight. The fight against Coleman was a fight I always wanted because of what happened in Pride in 2006, so it was good to be able to avenge a loss. ... I was happy to win but I wasn't happy with my performance. I could have fought better."

Both Rua and Liddell have spent a lot of time in the run-up to this fight insisting that they're better than their recent performances have shown. If they're right, this is going to be a great fight. If they're wrong, it's sad to think that two of the greatest of all time are past their primes.