Chuck Liddell: I Love Fighting, I'll Show at UFC 97 I Can Still Fight 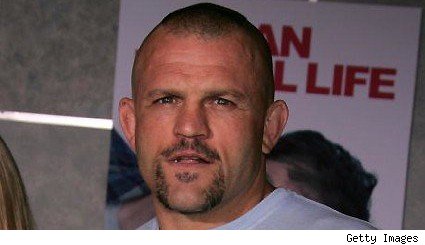 It once would have been unthinkable that Chuck Liddell would go through a two-year stretch in which he lost three out of four fights, but that's exactly what has happened: Liddell went 1-2 in 2007, and he lost his only fight in 2008. But as Liddell prepares for his first fight of 2009, a clash with Mauricio "Shogun" Rua on April 18 at UFC 97, he says he's going to show that he still has plenty of fight left in him.

"What keeps me motivated is I love fighting," Liddell said Tuesday on a call to hype the Shogun fight. "I get paid a lot of money to do what I love to do. I don't need much more motivation. ... I've got the best job in the world."

Liddell was asked whether the game has passed him by, and he insisted that it hasn't. "No, I can still fight," Liddell said. "I've got some things I'm working on, and I'm going to get back out there and show people I can still do this. I don't really need to prove anything. I want to go out there and fight. I want to get the title back. I still enjoy what I do."

Some MMA fans have said that Liddell's three losses in the last two years -- to Rampage Jackson, Keith Jardine and Rashad Evans -- have shown that he has a predictable style that his opponents can easily pick apart. But Liddell insists that's not the case. And he says his loss to Evans was a result of nothing more than Evans landing one hard punch.

"I got a little impatient, a little over-excited and got caught," Liddell said of the loss to Evans. "I don't think it's because I'm predictable. The only way I'm predictable is I'm going to throw punches at you, go in there and try to knock you out."

Liddell acknowledged that he has made some concessions to age in his training, noting that as a 39-year-old, "You've got to train smarter. There are little things you do differently, but I haven't changed a whole lot of things for this camp, just working on some conditioning stuff a little bit differently. ... As far as age, it's a little more warming up. When I was in my 20s I'd just walk out, put on the gloves with no warm-up for sparring. Now I need a 15, 20-minute warm-up before I do anything."

And Liddell said all training smarter has made him a better fighter.

"I'm fighting guys who are really tough, so there's no time to be complacent," he said. "You've got to keep challenging yourself against contenders. If you don't keep improving guys will pass you by."