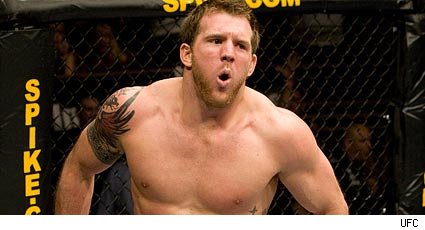 It didn't start out boring, as Bader had a great takedown just moments after the start of the fight and completely dominated the first round. But while Bader was active and impressive through the first five minutes, the rest of the fight consisted of him mostly lying on top of Marrero and doing little damage. Bader continued to land takedowns and control the fight, but he wasn't able to come close to finishing, as Marrero simply defended himself and refused to give Bader any openings. Bader won 30-27 on all three judges' cards.

Bader described his showing as "so-so," and "not up to my potential." That sounds about right. A win is a win, and Bader is now 9-0 in his MMA career. But he wasn't quite as impressive as the UFC must have hoped its Ultimate Fighter winner would be.