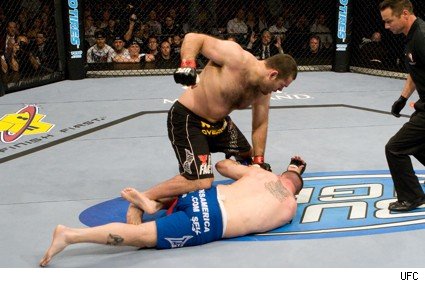 It's the fourth day of March MMAdness, my cockamamie idea for what would happen if we could have a 64-man openweight MMA tournament. That means that after our eight fights today, we're down to the Sweet 16.