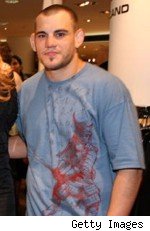 Fitch vs. Thiago is a fascinating fight. I consider Fitch the No. 2 welterweight in the world, behind only St. Pierre. I really don't know what to think about Thiago, who's 11-0 and coming off a stunning first-round knockout of Josh Koscheck. But we'll learn a lot about Thiago if we see him fight Fitch.

Crazy as this sounds, considering that most of us had never heard of him a couple months ago, you could make a pretty good case that Thiago would have to be the No. 1 welterweight contender if he beats Fitch. Thiago would be 12-0 and have two straight wins against Top 10 welterweights. This fight is reportedly only under consideration right now, but I hope it happens.