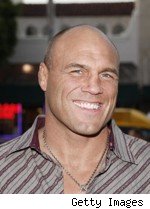 The long-awaited heavyweight fight between Randy Couture and Antonio Rodrigo Nogueira appears to be on for UFC 101 in August, as both fighters have reportedly agreed to take the fight.

Following up on last week's report that Couture had agreed to fight Nogueira at UFC 101, MMA Weekly is now reporting that Nogueira has agreed to the fight as well. Although the contracts have apparently not been signed, this fight is close to a done deal.

It's a fight that makes a lot of sense: Hard-core fans have wanted to see for years, and both fighters have names that casual MMA fans recognize. It should be lucrative for the UFC.

But it's also a fight that could end the loser's status as one of the sport's elite heavyweights. Both are coming off losses and are getting on in years; Couture will turn 46 in June and Nogueira will turn 33 and already looks worn down from his years of fighting. The winner might make one last run at the title, but it will be sad to see the loser walk of out of the Octagon knowing that his days of contending for the UFC heavyweight belt are behind him.