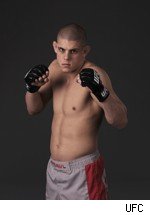 UFC lightweight Joe Lauzon has suffered a torn ACL and will not fight again until 2010, he said on his web site.

Lauzon, who beat Jeremy Stephens in the main event at the February 7 UFC Fight Night, is an up-and-coming young lightweight who, at age 24, already has a 5-1 record in the UFC. Unfortunately, it's going to be a long time before he gets a chance at his sixth win in the Octagon.

But it'll be at least a year before he fights again. At JoeLauzon.com, he detailed his past knee problems and added this:

To make things much worse, I need to have my ACL repaired as well. They think my torn ACL is causing my knee to shift ever so slightly and its destroying my meniscus. They could stop after the meniscus repair but its just going to happen again. ACL surgery should fix that, but its a very long rehab and my knee may never be the same again. There are three options for the surgery (patella, hamstring and cadaver). Each has different advantages and disadvantages. I was going to do the Patella but have been convinced to go the Cadaver route.

Long story short... I will be off my feet for a month to a month and a half... training SUPER light in about 4 or 5 months... training decently hard in about 9 months and fighting in around 12-14 months. Its going to be a long rehab... but thats how it goes.

Lauzon is a young guy and has plenty of time to resume his career, but this is still very bad news. Here's wishing him a speedy recovery.