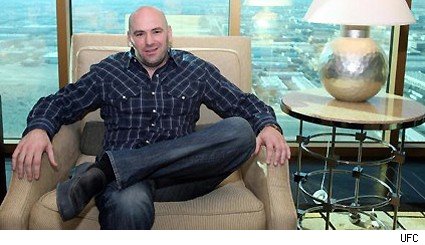 UFC President Dana White appeared on a Montreal radio show this weekend to reassure fans that his organization will be able to work with the Quebec Athletic Commission and keep UFC 97 in Montreal.

The show, which features Anderson Silva vs. Thales Leites and Chuck Liddell vs. Shogun Rua in the co-main events, was imperiled when the Commission started making noises about changing the rules of MMA in Quebec, including banning knee and elbow strikes and requiring a cage smaller than the UFC's Octagon. The UFC, whose fighters train to fight under a standard set of rules, would never go for that, and if an individual commission were to make such rules changes, it would effectively be banning the UFC.

White, however, said in an interview on the radio station CKAC, "We're very confident we're going to get this thing fixed."

White pointed out the economic impact that UFC 97 will have on Montreal and said local hotels and restaurants would be upset if the event were to be moved to an American city. He added that when he heard the Quebec Commission was thinking of imposing rules changes, "We were a little surprised. We were a little freaked out."

According to White, UFC co-owner Lorenzo Fertitta will travel to Montreal this week to meet with officials and iron out any remaining issues.

"I think we can work this thing out and get this thing fixed so the UFC can continue to come up to Montreal to hold events," White said. "I can't see it not coming there."

White also said he expects Montreal's best and most popular fighter, Georges St. Pierre, to defend his title (against Thiago Alves) at UFC 100 in Las Vegas.

Zach Arnold of FightOpinion.com has more here and here.