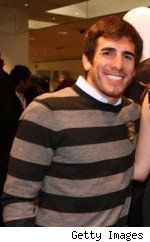 In the days after his loss to Georges St. Pierre at UFC 94, UFC lightweight champion B.J. Penn suggested that he was considering retirement. But in a public appearance on Saturday, Penn confirmed that he's not quitting the sport and he's focused on defending his lightweight belt against Kenny Florian this summer.

"Of course, I was sad after that loss and a lot of things were going through my head," Penn said at an event in Hawaii, according to the Honolulu Advertiser. "But I woke up one day and said, 'You know what? I'm still the lightweight champ. Let's keep fighting.' "

Penn said he is already in negotiations to get a contract signed to defend his title against Florian, adding, "That will probably be this summer, so that's my focus now."

Still, Penn isn't completely over the loss to GSP. Penn says he thinks the Nevada State Athletic Commission needs to take swift action about allegations that St. Pierre's corner broke the rules by smearing Vaseline on his body.

"The most important thing is that we told the commission to watch out for that before the fight, and then they caught him doing it and they didn't tell us until after the fight," Penn said. "I just wish they would have told us when it happened. It's all hindsight now, but maybe they could have taken him to the back and cleaned him off or something."

Penn also said that after he fights Florian and St. Pierre fights Thiago Alves, he hopes the UFC will set up Penn-St. Pierre 3.

Here's hoping that fight never happens. St. Pierre has already proven he's better than Penn by beating him twice. Both fighters need to move on and defend the title belts of their own weight classes. Penn can still prove himself as the best lightweight in MMA history. Beating Florian would be a major step toward that end.