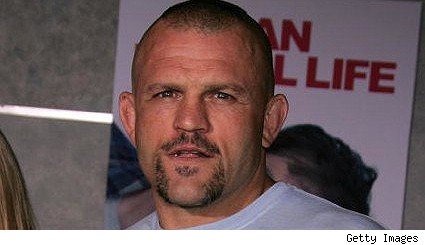 The UFC fans in Montreal proved they were passionate by packing the Bell Centre for UFC 83, setting a new UFC attendance record. In April the UFC is planning its return to Montreal with UFC 97, featuring Anderson Silva taking on Thales Leites and Chuck Liddell vs. Shogun Rua.

But there's talk now that bureaucrats in Montreal might impose rules changes that would give the UFC no choice but to stop holding events there, and to bring UFC 97 south of the border.

Those rules changes, according to Sportsnet.ca, "could include a requirement for a much smaller cage than the UFC's patented Octagon, prohibiting elbow and knee strikes and requiring that the referee halt a bout should a fighter get knocked down from a strike in order to ensure the downed fighter is okay to continue."

Such changes would be incredibly stupid, and it would be dangerous to ask athletes who have trained for a fight under one set of rules to instead fight under another. There's no way the UFC would ever go for that, so if the Quebec Athletic Commission imposes these changes, you can bet that UFC 97 won't take place in Montreal.

The impetus for the rules changes is the fiasco that took place in Montreal last weekend, when a riot broke out during a fight in which one fighter, James Thompson, supposedly violated "gentlemen's agreement" not to fight on the ground, even though the official rules of the contest would have allowed ground fighting. So because things went berserk during a fight card held by a badly run promotion, Quebec is considering running out the UFC, a well-run promotion.

Fortunately, I don't think anything is going to come of this. The Quebec Athletic Commission might not understand MMA, but it does understand money, and UFC 97 is going to generate a lot of money for Montreal. Marc Ratner, the vice president of regulatory affairs for the UFC, told Sherdog, "I'm confident that this will all work out."