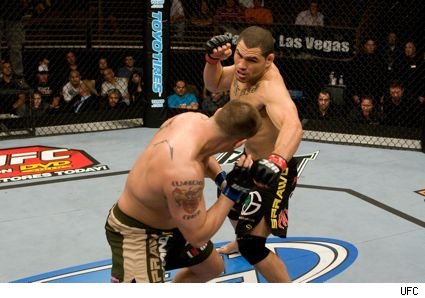 Tonight's UFC Fight Night 17: Lauzon vs. Stephens features one of the youngest main events in UFC history, with the 22-year-old Jeremy Stephens taking on the 24-year-old Joe Lauzon. Other impressive 20-somethings on the card include heavyweight Cain Velasquez, welterweight Anthony Johnson, middleweight Jake Rosholt and a lightweight clash between Josh Neer and Mac Danzig.

Fight Night has begun and we have all the results of all the fights below.