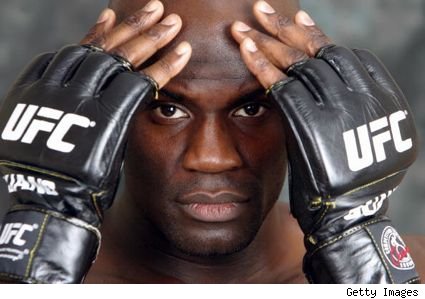 The April 18 UFC 97 show in Montreal has added a solid heavyweight match-up of Cheick Kongo vs. Antoni Hardonk to an already impressive card featuring Chuck Liddell vs. Mauricio "Shogun" Rua and Anderson Silva vs. Thales Leites in the co-main events.

The news of the Kongo-Hardonk fight (via MMA Mania) makes UFC 97 a very strong card, and it also makes perfect sense that the UFC would add Kongo, who's from France, to a show in Montreal. He'll be great doing local media appearances.

Kongo is one of the UFC's top heavyweights, and he's won each of his last two fights by first-round TKO. He'll be heavyily favored against Hardonk, who's on a three-fight winning streak in the Octagon. If Kongo wins, he could get the next heavyweight title shot against the Brock Lesnar-Frank Mir winner, although he probably needs one more win before he separates himself from other heavyweight title contenders, including:
-- Cain Velasquez, who fights Denis Stojnic on Saturday night's Fight Night
-- Junior Cigano dos Santos, who fights Stefan Struve on February 21 at UFC 95
-- Shane Carwin and Gabriel Gonzaga, who fight each other on March 7 at UFC 96

I think the perfect result for the UFC would be Kongo beating Hardonk, then taking on the winner of Carwin vs. Gonzaga. After that the winner of Kongo-Carwin or Kongo-Gonzaga would get the Lesnar-Mir winner for the UFC heavyweight title.

What all of this means is that although the UFC doesn't have the world's best heavyweight, Fedor Emelianenko, it does have a heavyweight class with a lot of intrigue. I think we're going to see several good heavyweight fights in the UFC this year -- and I haven't even mentioned Antonio Rodrigo Nogueira or Randy Couture.