Freddie Roach: Fedor Emelianenko Is Flat-Footed and Has No Technique 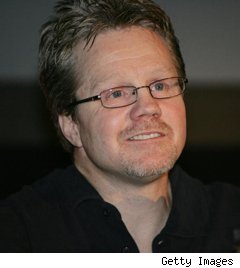 When Andrei Arlovski fights Fedor Emelianenko in three weeks at Affliction: Day of Reckoning, he's going to be a significant underdog. Fedor is, after all, the best heavyweight MMA fighter in the world.

But Arlovski is working with the boxing trainer Freddie Roach, and Roach thinks he's identified some significant weaknesses in Fedor's game. He tells Josh Gross of Sports Illustrated:

"He's flat-footed, has no technique, but he can punch," Roach said after the ping-ping-pings of a well-worn round timer died down and onlookers cleared out of his popularized Wild Card Boxing Club. "That always helps. He's accurate. He'll follow you right to the floor, so he's aggressive. But that aggressiveness can be used to our advantage, I think."

Of course, talking about a game plan is a lot easier than executing it against Fedor. But if there's anyone in MMA who has an advantage over Fedor on his feet, it's Arlovski. With Roach's help, he's got a puncher's chance.