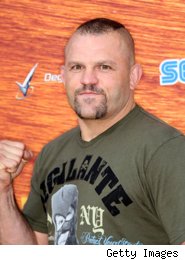 In the next big step toward expanding into Europe's biggest economy, the UFC has secured a TV deal in Germany.

The UFC is expected to host UFC 99 in Germany, with a possible main event of Randy Couture vs. Chuck Liddell, and it has now finalized an agreement to air programming on the German broadcaster Pro Sieben, Free Fight Videos is reporting.

But is MMA accepted in Germany, where boxing is extremely popular? All indications are that it has a ways to go. For starters, check out the headline on this story, which translates to, "Brutal Boxing: Teeth Fly Into Crowd." OK, so that happened at UFC 1. If the German media is going to dwell on it 15 years later, UFC still has a lot of work to do there.