Report: Jon Fitch Out of UFC; Refused to Sign Over Name and Likeness for Video Games 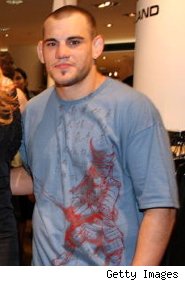 Jon Fitch, a former No. 1 welterweight contender who owns a share of the record for most consecutive wins in the Octagon, is reportedly out of the UFC after a dispute over the use of his name and likeness in video games.

MMA Mania is reporting that Fitch was dismissed for refusing to sign an agreement that would give the UFC exclusive lifetime video game rights to his name and image. Another UFC fighter, Christian Wellisch, was also reportedly released for refusing to agree to such a deal.

Fitch's last fight was a loss to Georges St. Pierre at UFC 87. He was rumored to be fighting Akihiro Gono at UFC 94 in January, but that is apparently not the case anymore.

Before losing to St. Pierre, Fitch had won eight straight UFC fights, tying him with Royce Gracie and Anderson Silva for the most consecutive wins in UFC history.

The UFC has not commented, and Fitch is still listed as an active fighter at UFC.com.