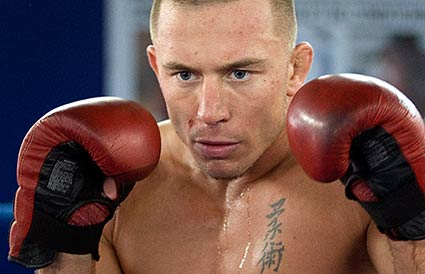 On tonight's episode of The Ultimate Fighter, UFC President Dana White made a bold statement about one of this season's participants.

After watching the 24-year-old lightweight Phillipe Nover, White said he thinks Nover has all-around MMA skills reminiscent of UFC welterweight champion Georges St. Pierre. That's not a comparison that should be made lightly; St. Pierre is one of the most talented athletes in the history of the sport. But looking at Nover, you can certainly see why the comparison would be made.

White has said there's a lightweight on this year's Ultimate Fighter who could be the next Anderson Silva, and I assume Nover is the person he's talking about. If he's drawing comparisons to the UFC's two best pound-for-pound fighters, Nover is in very good company.