UFC Has a Friend at ESPN in Mike Golic 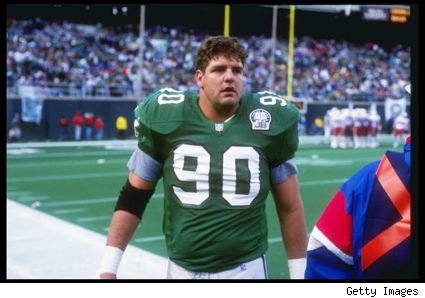 For the most part, mixed martial arts is ignored on ESPN. Yes, Chuck Liddell has been on the cover of ESPN the Magazine, and ESPN.com has its weekly MMA Live show, but most of the on-air ESPN personalities are either apathetic or downright hostile to MMA.

But Mike Golic, the former NFL player who is one half of the Mike & Mike in the Morning team, doesn't hesitate to call himself a UFC fan. In a chat at the Mike & Mike web site, Golic was asked if he likes UFC. His answer:

Mike Golic: I like it very much. I hope it doesn't end up going down the road boxing went down making it so convoluted you can't follow it. I love the idea and having it regulated a bit helps.

Mike & Mike had Randy Couture and Brock Lesnar as guests the day after their UFC 91 fight was announced, and I hope Golic doesn't hesitate to keep talking up MMA. As long as Michael Wilbon is around, MMA needs all the friends in Bristol it can get.