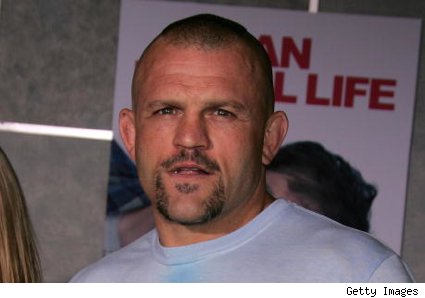 Of all the possible fights the UFC could put together, I'd say the one I've heard the most fans express interest in is Chuck Liddell vs. Anderson Silva. Liddell is the former light heavyweight champ who still might be the company's most popular fighter, while Silva is the best pound-for-pound fighter in the world. Sounds perfect.

But Kid Nate at Bloody Elbow lays out all the reasons that it's a fight that doesn't appear close to happening. And the biggest reason is simply what Kevin Iole of Yahoo has reported: UFC President Dana White just doesn't seem all that interested in it.

The fight would be a very big deal and would put a lot of money into the UFC's coffers, but I suspect that White's apprehension is a concern that whoever loses the fight would no longer be a pay-per-view draw. If Liddell loses, the UFC would be trying to promote a 39-year-old who has lost four of his last five fights. If Silva loses, the UFC would look bad because the guy it's been passing off as the best fighter in the world now has a loss and an uninspiring win in his last two fights.

Having said that, I still think it's the fight that the UFC should do. Silva doesn't have any interesting fights left at 185 pounds, and of the 205-pounders in the UFC stable, Liddell is the only one who has a high profile and who doesn't already have another fight scheduled. And the last thing I want to see is Liddell trying to repair his image by fighting tomato cans.

So yes, Silva vs. Liddell should happen. I just wish I could say with confidence that it will.