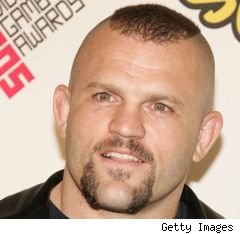 UFC 95 will take place in London on February 21st, and the main event could feature Chuck Liddell taking on Anderson Silva, according to a report from Fighters Only Magazine.

Fighters Only says the event has already been set for the O2 Arena, making it the third time the UFC has had a show there. There's no word on who will fight on the card, but Fighters Only mentions Silva and Liddell as possibilities. A Silva-Liddell fight has long been discussed, and with both fighters coming off disappointing performances, pairing them against each other would be a way of ensuring that at least one of the two stars gets back on track.

If the Fighters Only report is correct, the UFC will have two European shows in the first two months of 2009 and will not have a major American show outside Las Vegas until UFC 96, tentatively scheduled for March 7, 2009 in Columbus.

Michael Bisping, the Brit who has been a staple of past UFC shows in London, would be a logical choice to fight on the UFC 95 card -- except that he will apparently not fight again until after Season 9 of The Ultimate Fighter, on which he will be one of the coaches. Englishmen Paul Taylor and Dan Hardy would likely fight at UFC 95.

When the UFC has cards overseas, it often shows them on tape delay on Spike. But if Silva vs. Liddell is the main event, the show would most likely be carried live on Saturday afternoon on pay-per-view.