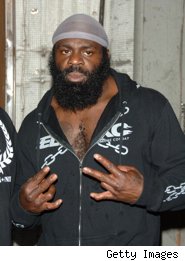 EliteXC got some good news today, at least if an organization that has gone out of business can get good news: The mixed martial arts promotion has been cleared of wrongdoing by the Florida Department of Business and Professional Regulation.

Mike Chiappetta of NBC Sports reports that Florida's governing body found no evidence that EliteXC paid Seth Petruzelli to keep his fight with Kimbo Slice on his feet and not on the ground. Petruzelli suggested otherwise in a radio interview two days after the fight, in which he knocked Kimbo out in 14 seconds.

If anyone affiliated with EliteXC had attempted to orchestrate the fight, they could have faced criminal charges. But apparently everyone involved in EliteXC has now been cleared. Unfortunately for them, there's no more EliteXC for them to be involved in.