The Numbers Behind Bisping vs. Leben 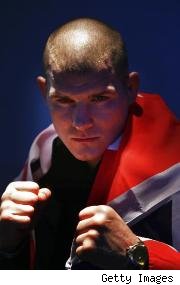 Nothing enflames the passions of MMA fans like a striking battle that goes to a decision. Fights like the one between Michael Bisping and Chris Leben are notoriously difficult to judge because there are simply too many things to keep track of. A takedown is a single event that leaves an indelible impression. It's much harder to judge when you can't remember who landed what strikes and how many.

Tracking the statistics from the Bisping-Leben fight reveals some interesting things when viewed in the context of their career performances. But before getting to the numbers, first, a word about decisions...

MMA fans should be extremely concerned with Michael Bisping's post-fight comments. Bisping said, in no uncertain terms, that his strategy was to come out and win a decision against Leben. Make no mistake; this statement is as dangerous for the sport as any comment made by Seth Petruzelli. The day that fighters start aiming for decisions is the day that MMA is finished as a serious sport.

A sport needs an immutable goal. The goal in baseball is to score more runs than the other team. In a marathon, the goal is to run the race the quickest. We've encapsulated the goal of MMA in the very first principle of the FightMetric system: The goal of every fighter is to end his fight. Doesn't matter if it's by knockout, submission, or injury as long as it happens before time expires. A decision is a fallback position, a necessary evil to make things safer than the days when fights had no time limits. But a decision cannot be the a priori goal of a true sport. 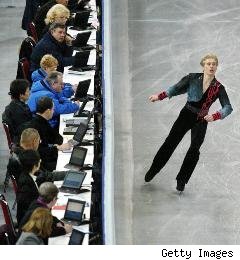 No two MMA judges are alike and there is no universal standard for judging MMA bouts. It's not an inexact science, there's no science to it at all. Announcers like to say that something "scores points with the judges," but no such point system formally exists. If that's the case, then MMA becomes even worse than figure skating or gymnastics. Their judging criteria may be arcane and illogical, but at least they have guidelines for point deductions, degrees of difficulty, etc. MMA lacks even that base level of objectivity and still remains subject to the same caprices of ignorant or biased judges. When playing for the subjective goal rather than undisputable endings, MMA is nothing more than violent performance art.

Of course, it's possible that a fighter aiming for a decision will still end his fight, but in most cases, trying for a decision is a self-fulfilling prophecy. When a fighter tries for a decision, his entire strategy and fighting method must change. He is no longer trying to win, he is simply trying not to lose while still performing in a way that will make the judges think that his performance was superior, however tenuous the evidence may be. This favors a cautious style, like the "lay and pray" method, although fans are quickly recognizing the "backpedal and counter-strike" technique as an equal evil.

The current percentage of MMA fights that go to a decision is 23%. You don't have to be a mathematician to recognize that there's an inverse proportion between fans and decisions: The more that percentage goes up, the more fans will abandon the sport. And really, who could blame them?

Bisping vs. Leben, By the Numbers

We'll start with Leben. Don't let anyone tell you that this was a different Chris Leben. This was pretty much the same kind of Leben fight we've seen in the past.

-- He still relied on the haymaker rather than setting up his power strikes. Over the course of his career, we've seen Leben throw three times as many power strikes to the head as jabs to the head when going toe-to-toe. In practical terms, it means he leaves the 1 out of the 1-2 combination. In this fight, Leben threw 82 power strikes and 24 jabs, a proportion even greater than 3-to-1.

-- He was just about as accurate as usual. For his career, Leben's accuracy with strikes at a distance is an even 29%. In this fight, he landed 43 of 143 strikes at distance, an accuracy rate of 30%. 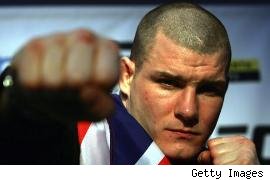 Here's what he didn't do:

-- He didn't try to control the clinch. In the past, Leben has used the clinch game to neutralize more technical strikers. He does this by keeping his opponent pressed against the fence and constantly peppering them with foot stomps and short shots to the head and body. These don't do much damage, but -- forgive me -- they score points with the judges. Leben used this technique to great effect against Patrick Cote, Luigi Fioravanti, and Kalib Starnes. Against Bisping, Leben spent almost no time in the clinch at all and ate many more strikes as a result.

Now on to Bisping. This fight was something of a regression for Bisping.

-- He was less active than he has been since moving down to 185 pounds. While competing at 205, Bisping attempted an average of eight significant strikes per minute, which is about average. In his first two fights at 185, that number jumped to 14.5 strikes per minute, an increase of 80% in total volume. In this fight, he attempted 160 strikes, or 10.6 per minute. This is still above-average activity, but clearly more cautious than in his last two matches.

-- His counter-striking reduced the impact of his most effective weapon, his lead left jab. In the past, we've seen Bisping move forward, use and land the jab more often than any other strike in his arsenal. On average, he attempts twice as many jabs as power strikes toe-to-toe. Against Leben, he hung back and tried to land the right straight as a counter, a far less accurate strike, and more often than not, a single strike rather than as part of a combination. Some people have tried to compare Bisping's performance in this fight to BJ Penn's strategy against Sean Sherk. The comparison is not even close. Penn attempted 115 jabs compared to just 39 power shots -- a 3-to-1 ratio -- while Bisping threw 76 power strikes to just 66 jabs. Pity he didn't use it more often; the jab was still his most consistent attack, landing nearly half on 28 of 58 attempts.