Today in MMA: Did Michael Bisping's Win at UFC 89 Earn Him a Shot at Anderson Silva? 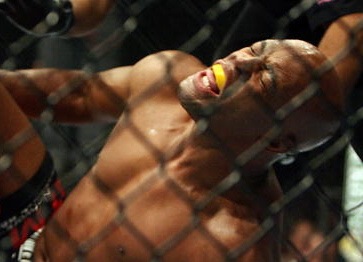 Said Michael Bisping of whether he should fight Anderson Silva after beating Chris Leben at UFC 89, "You've got to earn the right to get a title shot and I probably haven't done that yet – I don't think I have. But that's what I want to do – I want to earn it, I don't just want to be given it because I'm from the UK. I want to earn a title shot by beating the best guys in the division and when I get that opportunity, I want to take it with both hands."

With yesterday's win, Keith Jardine improved his record to 14-5-1; Brandon Vera dropped to 9-3.

Dana White on Rampage Jackson: "We like Rampage and we care about this kid. ... We took him everywhere we went and kept our eye on him and made sure he was all right. Now he's back 100 percent."

Did Spike want viewers to think they were watching a live event?