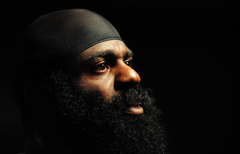 When I was examining what might be next for Kimbo Slice, I thought maybe he ought to try boxing or pro wrestling because I didn't know what EliteXC could do with him after his 14-second knockout loss to Seth Petruzelli.

But apparently EliteXC thinks it can do something with Kimbo: Put him back into the cage for a rematch with Petruzelli.

In an interview with MMA Rated, EliteXC promoter Jared Shaw said, "I'm sure everybody wants to see a rematch with six weeks built up and see, hey, what was going on with Kimbo? I don't even know."

I'm not prepared to say that "everybody wants to see a rematch," but I will say that Kimbo-Petruzelli II might be the single biggest fight EliteXC could put on CBS. Which is kind of sad.

After the jump, watch the MMA Rated interview with Shaw.
Jared Shaw and Ariel Helwani: