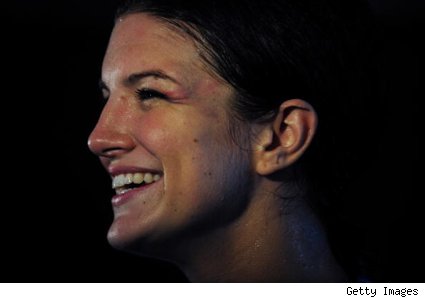 Will EilteXC have any competitive fights on Saturday night? Looking at the betting odds, you get the feeling that we're in for a bunch of lopsided contests.

We've previously noted that Kimbo Slice is a heavy favorite over Ken Shamrock in the main event of EliteXC: Heat, and now Bodog has released the odds for the other four fights on the CBS card. All four fights have one significant favorite and one long-shot underdog.

Here are the odds on the four undercard fights:
Jake Shields -600
Paul Daley +400

Those Carano odds show that for all the flack Kimbo gets for fighting a past-his-prime tomato can in Shamrock, EliteXC is also giving its biggest female star what should be an easy test. If EliteXC wanted a competitive fight, it could give us Carano vs. Cris Cyborg, but instead we have a fight that the smart money says Carano will win easily.