Randy Couture on Vitor Belfort at UFC 15: 'He Was Scared. He Didn't Want to Be There' 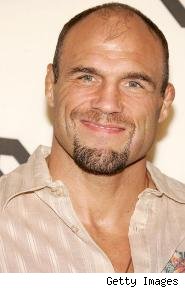 The commentary track on the DVD Redbelt features a conversation between writer/director David Mamet and UFC heavyweight champion Randy Couture, in which Couture makes some interesting comments about the third fight of his professional career.

Mamet mentioned that sometimes talented actors simply can't perform because they're too nervous in front of the cameras. And then Couture said that he saw the same thing on the face of Victor Belfort when they fought at UFC 15 in 1997.

"Looking at a guy across the ring I can see it in their eyes sometimes," Couture said. "The first time I fought Belfort, Vitor, he stalled coming out. Everybody thought he was trying to pull the old "ice me down" trick, where I'm standing there waiting for him, he's coming on second. In my mind, I was like, he's scared, he didn't want to come out here. And when he got in the ring, he had that look in his eye like he didn't really want to be there. All of those things kind of fed my confidence in the fight."

Couture beat Belfort by TKO (strikes) at UFC 15, in a performance that established him as one of the up-and-coming stars in the up-and-coming sport of mixed martial arts. Seven years later, Couture and Belfort had a rematch at UFC 46 in 2004, which Belfort won by a TKO (cut). Seven months after that they had their rubber match at UFC 49, which Couture won by TKO (doctor stoppage).