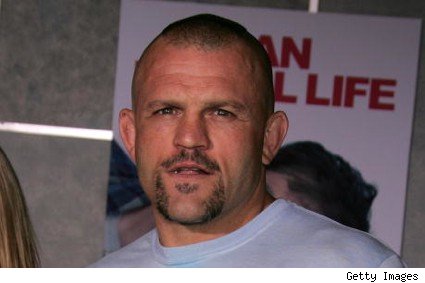 When I last listed the Top 25 pound-for-pound fighters in mixed martial arts, I had Chuck Liddell ranked 14th and Rashad Evans not ranked at all. After UFC 88, in which Evans knocked Liddell out with a brutal right hand, it's a good time to update the list, which has few changes at the top but plenty in the middle. 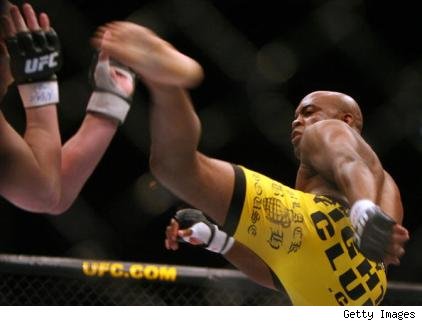 1. Anderson Silva, UFC middleweight/light heavyweight
After Silva fights Patrick Cote at UFC 90, I could see him moving back up to light heavyweight to fight Liddell. The problem, though, is that I'd be worried for Liddell's health, as he just doesn't have the reflexes to defend himself against a guy like Silva anymore. Of course, I might be making a mistake in just assuming that Silva is going to beat Cote because .... Oh, who am I kidding: There's no way Cote beats Silva. 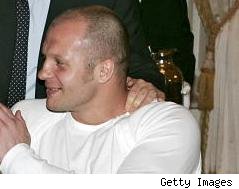 2. Fedor Emelianenko, Affliction heavyweight
I love watching Fedor fight, but it's a shame that we don't get to see him fight more often. He's only fought once in 2008 and it's not clear when he'll fight next. That one fight in 2008 was perhaps the most dominant performance any MMA fighter has had this year, whipping Tim Sylvia in 36 seconds, but still: While Dana White and Co. are wrong to say Fedor is irrelevant, they're right to say he should fight better opponents, more often.

3. Georges St. Pierre, UFC welterweight
He soundly defeated Jon Fitch at UFC 87, and he's pretty much cleared out the welterweight division, with the exception of ...

4. B.J. Penn, UFC lightweight
Penn will apparently go a year or so without defending his lightweight title while he moves up to welterweight for a rematch with St. Pierre, most likely the night before the Super Bowl. That will be a great fight, but it's a shame that the UFC won't have many great lightweight fights while its champion is busy in another weight class.

5. Urijah Faber, WEC featherweight
I was very excited to see Faber fight Mike Brown this week at WEC 36, but Hurricane Ike has postponed that fight until November.

6. Miguel Torres, WEC bantamweight
Torres expects to defend his WEC belt against Manny Tapia on December 3, four weeks after Faber defends his WEC title against Mike Brown. That means that in addition to UFC promising huge shows in November and December, its sister company WEC is going to have a packed schedule at the end of the year as well.

7. Antonio Rodrigo Nogueira, UFC heavyweight
The last time I put my MMA Top 25 together I heard from a lot of readers who thought I had Nogueira too low, at No. 13. After giving it a lot of thought, I've concluded that they're right: Nogueira is 31-4-1 against very good competition, and he's never been knocked out or submitted. I think Nogueira will beat Frank Mir in December and emerge as the undisputed UFC heavyweight champion by defeating the Randy Couture-Brock Lesnar winner in 2009. 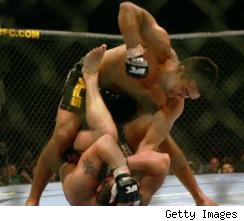 8. Lyoto Machida, UFC light heavyweight
Machida's fight against his fellow undefeated Brazilian Thiago Silva at UFC 89 is off thanks to Silva's back injury, and I really have no idea where Machida goes from here: He is, in my opinion, the best fighter in a stacked UFC light heavyweight division, but he's not much of a box-office draw, so UFC doesn't want to give him a title shot. I would like to think UFC will find someone good to fight Machida at UFC 89 and that if Machida wins he would get first crack at the Forrest Griffin-Rashad Evans winner, but the reality is that Machida probably needs two more wins to get a title shot.

9. Forrest Griffin, UFC light heavyweight
I don't think many Ultimate Fighter viewers expected when they were watching the show that they'd see a Griffin-Evans light heavyweight title fight some day. But that's exactly what we'll get in December. I expect Griffin to win.

10. Randy Couture, UFC heavyweight.
His first fight back in the UFC, on November 15 against Brock Lesnar, will be the organization's most anticipated main event since Chuck Liddell fought Tito Ortiz in 2006. I think Couture will beat Lesnar, despite giving up 50 pounds or more. 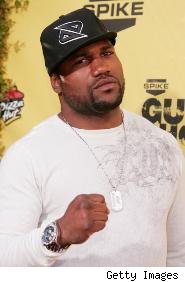 11. Rampage Jackson, UFC light heavyweight
We may see Rampage fight Wanderlei Silva at UFC 91; the winner would likely get a title shot against the Griffin-Evans winner, while Machida sits on the sidelines.

12. Eddie Alvarez, Dream/EliteXC lightweight
I love watching Alvarez fight, and I'm surprised EliteXC hasn't been able to book him on a CBS show. It's a shame that such an exciting brawler is known by so few American MMA fans.

14. Jake Shields, EliteXC welterweight
EliteXC needs to do a better job marketing Shields, who is now on a 10-fight winning streak and has finished his last five opponents in the first round. Here's EliteXC's commercial for its October 4 show:

If you've got a fighter as good as Shields in your stable, you need to make sure the fans know more about him, and not just mention him in passing as you promote your Kimbo Slice vs. Ken Shamrock fight. I understand that Kimbo and Shamrock are bigger names, but I see no evidence that EliteXC is trying to make Shields a big name. And that's a mistake on EliteXC's part.

16. Matt Lindland, Affliction middleweight
Lindland will take some time out from running for the Oregon legislature to fight Trevor Prangley at Affliction: Day of Reckoning. I'd like to see him fight some better competition, but Affliction doesn't have much competition for him at the middleweight level. 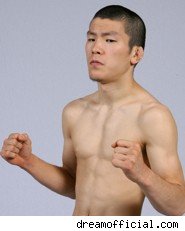 17. Shinya Aoki, Dream lightweight
Aoki was reportedly considering fighting Shields on EliteXC's next CBS show, which would have been phenomenal, but that's not going to happen (Shields says Aoki chickened out), so now we'll have to wait and see what Aoki does.

18. Kid Yamamoto, Dream featherweight
Thanks to a torn ACL and his own decision to take his time scheduling his fights, Yamamoto won't fight at all in 2008. He and Faber say they want to fight each other, but you get the feeling that it's sort of like Fedor vs. Couture: Everyone says they want to do it, but it'll never get done.

19. Paulo Filho, WEC middleweight
Filho is undefeated, and his buddy Anderson Silva calls him the best middleweight in the world. Unfortunately, Filho's drug problems and Hurricane Ike are combining to give him an 11-month layoff before his rematch with Chael Sonnen.

20. Rashad Evans, UFC light heavyweight
I don't think Evans is one of the two best light heavyweights in UFC, but I also don't have a problem with him getting a title shot at Forrest Griffin. His knockout of Chuck Liddell merits that kind of a reward.

21. Thiago Alves, UFC welterweight
I think Alves is the second-best welterweight in the UFC, and I'd like to see him get a chance at Georges St. Pierre, but first I want to see him make weight: Last time he fought a welterweight fight, he showed up four pounds overweight before pummeling Matt Hughes. When I saw Alves at the UFC 90 promotional press conference three weeks ago, he told me he weighed 200 pounds but that he was sure he could lose 30 by the weigh-in. We'll see on October 24.

23. Mike Brown, WEC featherweight
His fight with Faber got pushed back to November; if he wins he'll move into the Top 10 on this list.

24. Rich Franklin, UFC middleweight/light heavyweight
Franklin moved up to 205 pounds at UFC 88 and looked impressive defeating Matt Hamill. I don't think he's ever going to have a UFC belt around his waist again -- unless Anderson Silva moves up to 205 pounds permanently and Franklin moves back down to 185 permanently -- but I do think Franklin is the most overlooked great fighter in MMA.

25. Takanori Gomi, World Victory Road lightweight
I wasn't extremely impressed with Gomi's win over Seung Hwan Bang last month, and I think it's a shame that World Victory Road doesn't have more good opponents to match him up with, but I still think the 29-3 Gomi has done enough to just barely fit into my Top 25.