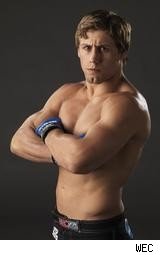 Hurricane Ike, which is forecast to make landfall in south Florida on Wednesday as a major hurricane, has forced World Extreme Cagefighting to postpone its WEC 36 event until November 5. The event will remain at the Hard Rock Hotel and Casino in Hollywood, Florida.

WEC said in a statement:

"Due to the potential of a major hurricane hitting the South Florida area on Wednesday we were compelled to postpone the event. For the safety of our fans, the fighters and our staff we felt it was in the best interest to make this decision."

That the event is now on November 5 means WEC will have two events in a four-week span; WEC bantamweight champion Miguel Torres has said he is fighting on December 3.