UFC 88: Rich Franklin Is the Most Overlooked Great Fighter in MMA 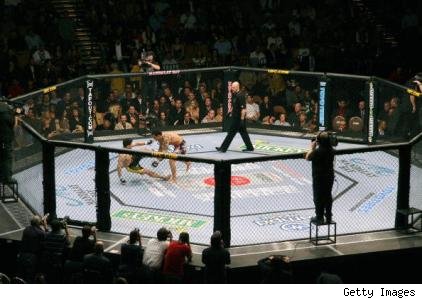 Rich Franklin's undercard fight against Matt Hamill at UFC 88 is the second-biggest fight of the night, but I get the feeling that a lot of fans aren't all that impressed with Franklin. During our UFC 88 preview chat, one commenter referred to him as "washed up," and that seems to be a common perception.

And I think that's unfortunate. Let's take a look at Franklin's record.

Yes, Franklin has basically dominated everyone he's fought, except that he can't beat Silva, the best fighter in the world, and he lost to the undefeated Machida. His wins haven't been close, and he's versatile in the way he finishes people.

I don't think the soon-to-be 34-year-old Franklin is ever going to have a championship belt again, but I do think he's one of the best fighters in MMA. And he's definitely one of the most overlooked.