Dana White: I Will Be F---ing Horrified If Affliction Is Still in Business in January 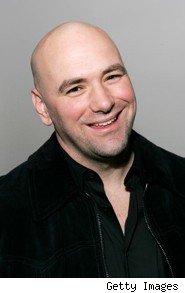 UFC President Dana White made clear today when he announced the return of Randy Couture that he doesn't think there's much competition in the sport of mixed martial arts.

"I will be f---ing horrified if Affliction is still in business in January," White said, referring to the fledgling MMA organization that has tried to position itself as a competitor to the UFC.

Zach Arnold has a good piece at MMAMemories.com in which he examines the way the competition to UFC is drying up, with rival organizations Elite XC, DREAM, Pancrase, Sengoku, and Affliction all potentially going the way of the now-defunct IFL.

Couture has made clear that he wants one fight above all others, a fight against the generally recognized No. 1 heavyweight, Fedor Emelianenko. Even on the conference call today announcing Couture's fight with Brock Lesnar, Couture said, "I would rather be fighting Fedor in November."

White's strategy for making a Couture-Fedor fight happen is to reach a point where all of Fedor's other options have gone out of business.