Chuck Liddell: 'I Want to Fight Rampage Real Badly ... Rampage Is the One Fight I Want' 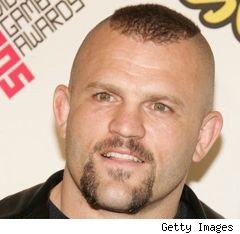 Chuck Liddell will finally get back into the Octagon for the first time in 2008 at UFC 88 on September 6, and he's already thinking about who he might fight next.

Liddell tells The Sun that he wants a third shot at the man who's beaten him twice, Rampage Jackson:

"I want to fight Rampage real badly. I actually think I match up very well against him, but I've managed to lose to him twice now.

"But the third fight will not have anything to do with the first two, it will be a fresh start. Rampage is the one fight I really want, as much as I want my title back.

"He's lost the belt now, so I can't beat him and win the title back in one fight, but I want to fight him just as bad as when he was champion."


Liddell said he's confident he'll beat Rashad Evans, and most people have assumed that beating Evans would earn the Iceman a light heavyweight title shot against Forrest Griffin. But between Liddell talking about Rampage and Anderson Silva's manager talking about Liddell, it's starting to sound like there's a chance that Liddell could fight a couple more times before he fights with a belt on the line.

And that might not be a bad idea, from UFC's point of view. Liddell is one of the few fighters -- maybe the only fighter -- in UFC who can draw significant pay-per-view interest even if he's not in a title fight. So UFC doesn't need to be in a hurry about getting Liddell in the Octagon with Griffin.

Having said that, if Rampage is physically and mentally fit, I just don't see Liddell beating him. If Liddell wants a third fight with Rampage, I'd urge him to be careful what he wishes for.