Anderson Silva's Manager: 'If a Chuck Liddell Fight Came Up, We'd Take It' 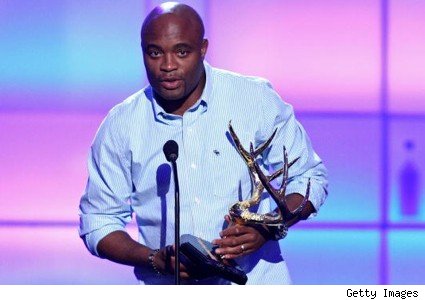 Anderson Silva will defend his middleweight title in the main event at UFC 90 in October, but when you hear the comments that Silva's manager, Ed Soares, made to MMAWeekly, you get the feeling that the Cote fight may be Silva's last as a middleweight.

"We're not looking past Patrick Cote, but I think we'll take one step at a time and see what happens. But yeah, if a Chuck Liddell fight came up, we'd take it," stated Soares. "Whoever the UFC wants to put in front of us, he wants to fight the best, and whoever that may be at the time, that's who he wants to fight."

Frankly, I'm not so sure I believe that Silva and Soares aren't looking past Patrick Cote, but really, you can't blame them for looking ahead. Silva is the best pound-for-pound fighter in the world, and at middleweight he's running out of good opponents. It only makes sense for Silva to look for a big fight at light heavyweight, and a Silva-Liddell fight would be one of the biggest in the UFC's history.