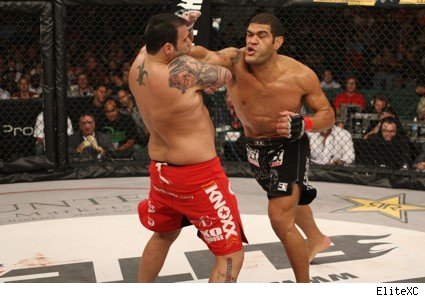 The drug Silva tested positive for was boldenone, an anabolic steroid commonly used on racehorses.

In addition to the one-year suspension, Silva got a $2,500 fine, which doesn't mean a lot considering that he was paid $200,000 for his victory over Justin Eilers for the EliteXC heavyweight title. It's not clear whether he'll have to forfeit any or all of his purse, but he will presumably have to give up his win bonus, as he will no longer be considered to have won the fight.