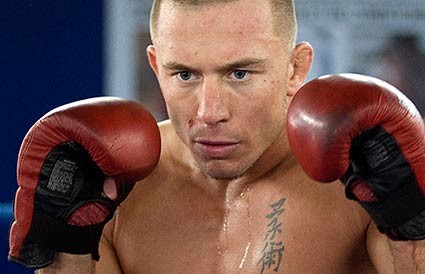 St. Pierre dominated in the first round, taking Fitch to the ground early and pounding him repeatedly, and by the time the first five minutes were over, few would have expected the fight to go the distance. But Fitch fought admirably, and although the scorecards weren't close (50-43, 50-44, 50-44), he at least put on a respectable showing.

St. Pierre, in defending his title for the first time, made clear -- as if there was any doubt -- that he's one of the best fighters in mixed martial arts. Fitch is a great fighter, but St. Pierre is on another level. There may not be any welterweights who can beat St. Pierre, which is why so many UFC fans want to see lightweight champ B.J. Penn move up to fight GSP.

"I know B.J. Penn wants it and I'm ready to do it," St. Pierre said afterward, as Penn stood in the Octagon with him.